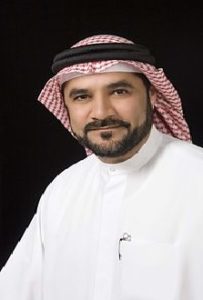 Rashid Al Leem is the chairman of Sharjah Electricity and Water Authority (SEWA). The ruler of Sharjah chose him at the young age to the project of building and economic zone in the Emirate. He has also written several books. The Vice-President and Prime Minister of the UAE and Ruler of Dubai Sheikh Mohammed Bin Rashid Al Maktoum, honored him the title Ambassador of Knowledge of the UAE.

He worked in different companies and institutions as; In 2000, Director-general of Hamriyah Free Zone Authority. In 2007, Achievement Award by League of Arab States. In 2011, Excellence in Leadership award from the Federation of Indian Chambers of Commerce & Industry. In 2012, Middle East Business Leaders Award from the President of Indonesia. In 2014, Chairman, Sharjah Electricity & Water Authority in 2014.

He has received several international honors and awards in different fields. He also received an award of Middle East Business Leaders Award 2012 by the President of Indonesia